I have tickets for the six o'clock showing later today,. That was also my favorite part. I have been a fan of Neville from the very beginning and always knew he would amount to greatness. Great Article! I love Neville too! He's one of my favorites and I can't wait to see his big moment on the big screen! Colene: That better not have been a movie spoiler!! 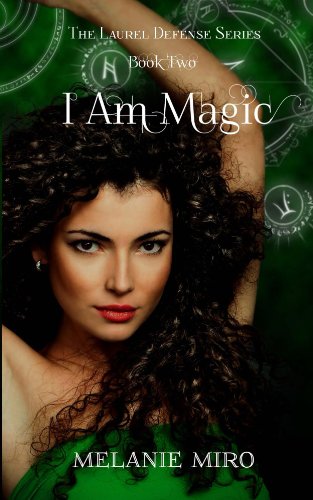 Michael: I am really in awe of Rowling that she created such a many-layered world full of characters that are thematically linked. It's amazing, isn't it? But Rowling knows better. He can rise to an occasion, but prefers a quiet life after all his parents went through. And I bet he's a really nice teacher. Natalie; I hope you're able to get to the theaters soon. I am so psyched for tomorrow!

Jemi: Neville gets more amazing the more you learn about him.

And I totally want an unabridged version of Order of the Phoenix filmed with the St. Mungo's scene in it. That would rock. I adore Neville. I admit, I'm probably in the minority, but as I read the books I was kind of hoping that the prophecy would turn out being about Neville instead of Harry since there were parallels, after all , because I just love the underdog. But it's meant to be the way it is. Neville is also one of my favorites. I love it that he is on the posters. That he takes charge.

That he's strong and handsome and likes Luna, and he's the one to rally the troops in the end. Well done, JK, in your development of Neville. Shelley: I had many secret hopes for Neville, too. I wanted him to grow up to be an auror like his parents! But I think his moment of rising to the occasion in book 7 is pretty darned awesome. I can picture him being a super nice, very patient teacher. Mary: Harry's faith in Neville transforms him--I think that's a large part of what his character illustrates. While I also though Neville and Luna would be cool together, I believe the film scriptwriters were playing wish fulfillment.

In the books, Luna marries fellow naturalist Rolf Scamander--a bit later in life than her peers. Laurel's Leaves. Stories swirl at your feet like foliage. Jump in. Friday, July 15 The slow-growing hero. Posted by Laurel Garver on Friday, July 15, 12 comments. Today, I'd like to talk about a character in the Harry Potter books I've most enjoyed watching change and grow over the series: Neville Longbottom.

Get a free audiobook

Ness, James A. If anyone has reason to become dark and twisted, it's Neville. And yet, he initially reacts to it not with anger but by shutting down. He's notoriously forgetful, as if this is his regular mental pattern. He wants to just forget, to be numb. The magical world scares him--he's seen how powerfully evil it can be. He works against himself subconsciously, not really wanting to be a wizard. His great uncle Algy finally manages to trigger some magic in the poor boy by shoving him out an upper-story window, and Neville's magical instincts kick in to save him from injury.

This will remain Neville's pattern for many of the books--magic only under duress--until he can get a handle on his fear and begin to grasp his own inner strength. Greatness has been thrust upon Neville by his Gran, who fully expects him to live up to his auror parents' example. Her expectations seem to hurt more than help, and yet, having someone see something worthwhile in him does provide a foundation from which he can change.

Harry has empathy for Neville from the beginning--he sees a kid likely to be bullied the way Dudley bullied him and his protective instincts kick in. While others get fed up with Neville's bumbling, Harry continues to defend him in his weakness. In book one, Harry tells Neville, "You're worth ten of Malfoy.

Pettigrew eventually becomes a betrayer because James, unlike his son, never took any pains to encourage his hanger-on and treat him like a true friend. In Harry's friendship with Neville, we see hopeful signs that Harry will succeed where his father and the older generation failed. It is not until Order of the Phoenix that Neville begins to come into his own, for two reasons. First, Neville's peers work hard to bolster his confidence.

Second, Neville at last opens up to others about what happened to his parents. I wish the St. Mungo's scene had been included in the film, because it is so pivotal to Neville's development in the book. His parents being alive but catatonic has long been a sore point for Neville. How can heroes look so, well, embarrassing? Again, Harry's reaction to Neville's shame is affirming, and this clearly enables Neville to stop his pattern of self-sabotage. By book seven, Neville is able to fill Harry's shoes as the head of the D. I have to admit, one of my very favorite parts of book seven is when Neville proves himself a true heir of Gryffindor, grasps Godric's sword and destroys the final horcrux.

Neville has come a long, long way from crawling, teary-eyed, on the floor of Hogwart's Express searching for his toad. What are your thoughts on Neville's transformation from the butt of jokes to the heir of Gryffindor? Categories: characterization , courage , Harry Potter , heroes , Neville Longbottom. Email This BlogThis! Newer Post Older Post Home. Colene Murphy July 15, at AM.

Professor's wife and mom to an arty teen.